A woman with multiple experience which writing is her major skill. She has also great interest in social media activity such as blogger, instagram and facebook posting.

With her multiple talent, she had been a various role : Journalist, Secretary and also Supervisor in several company. Writing in both English or Indonesia is the most activity during her jobs.

She graduated from Universitas Negeri Jakarta in 2001 with GPA 3,42. Among her Linguistic background, she was interested in writing.

Start from short course of several Journalistic Training in Jakarta, she became love to write and write until one of the publisher published her own book in title "Ketika Hati sedang Lowbat, 2011." And finally writing is became her passion.

Back in 2002 she had been worked in Arabic Monthly Alo Indonesia Magazine as Secretary. Continue in 2003-2009 she served as Journalist and writer at ESQ Magazine under ESQ Leadership Center company.

Also in 2010-2012, She had worked as Customer Service in Air Sea Freight Forwarding company PT. Petroconas Jakarta. Although her job in this company wasn't suitable with her major she loved and enjoy to do her role.  Finding rate, prepared for import and export document and email correspondence with all logistic client are became her activity in this role.

Last  in 2014 - 2017, she had worked in PT. Oasys Solusi Technology as IMS Manager. This company based in Integrated Management Service wich are expatriate are the most customer. Handling working permit and, legal service and resident permit for expatriate are became her role. 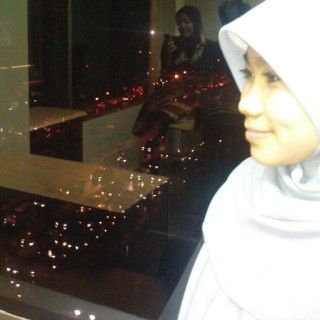